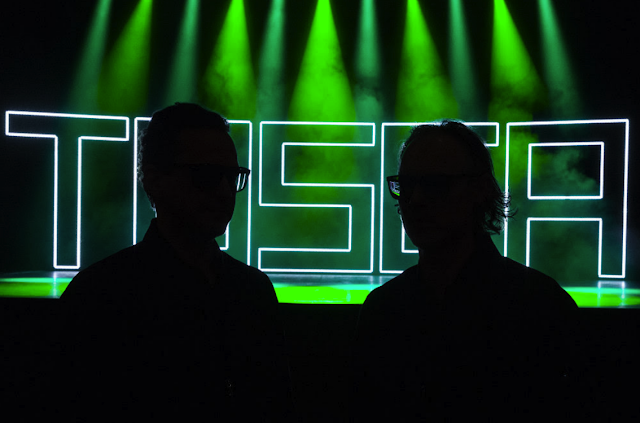 Earlier this year Austrian duo Tosca returned with the back to basics album, ‘Going Going Going’. After two decades plus of experimentation the duo returned to their downtempo, instrumental roots and low and behold it was hailed as their best album in years. As is traditional they’ve handed over the parts to a hand picked selection of producers to rework it in full. Featuring remixes from the likes of Steve Cobby, Stereotyp and many more it’s released next February on !K7.

Released in February 2017 Tosca’s acclaimed 8th studio album Going Going Going saw Richard Dorfmeister and Rupert Huber go back to their experimental roots. After a series of album’s that had seen them experiment more and more with vocal collaborators and traditional song structures, Going Going Going was a clean sweep of the table and a return to the deep beats and dubbed out sounds that first made their name two decades ago. Now in the grand tradition of their previous albums Richard and Rupert have handed Going Going Going’s parts over to a hand-­picked roster of producers from around the world.

The result is BOOM BOOM BOOM, a radically altered image that sees Tosca’s original compositions blasted into pieces and rearranged in kaleidoscope fashion, from the elastic digi­dub reworking of Love Boat by Shanti Roots & Scheibosan and Brendon Moeller hazy, space filled interpretation of Amber November through to Stereotyp’s jittering, percussive take on Chinabar and Steve Cobby’s rubbery, funk fuelled house remix of Tommy. Like the best remix albums, Boom Boom Boom builds upon its original’s foundations, taking us in unexpected new directions without ever losing site of the source material.

“Going Going Going was very much a winter album, and winter in Vienna to be precise. Already a quiet city, at this time of year the grey skies and misty days can wrap themselves around the city, whilst snow blankets the city in silence,” explains Richard.

“It was a very introspective Tosca Album, a reflection of that covered, silent time, just Richard and myself working alone in the studio,” furthers Rupert. “But just as February can be a dark time, it’s also marks that point when the season begins to turn and it heralds the return of the warmer, lighter
days to come. So Boom Boom Boom is like the coming of spring, where we have opened up the studio again and invited our musical friends in to play.”

BRENDON MOELLER
An incredibly creative New York based music producer and sound designer,
Brendon is always a welcome remix guest in the Tosca universe. We’re always impressed with just how he is able to create these deep and atmospheric soundscapes by finding the core of the original track and pushing it to completely new levels. Brendon’s offered up two versions of Amber November, a Rub and a Dub, which one is best, you’ll have to decide.

SHANTI ROOTS & SCHEIBOSAN ­
We’ve been enjoying the renaissance of the mid­tempo groove in Europe’s clubs and this excellent version by the Austrian producers Shantiroots and Scheibosan fits perfectly into that growing movement. Sublime vocals are added by the singer Jesskitty, you can just imagine this playing on a late lazy Sunday afternoon on some island as the sunset is slowly setting – a lovely out of time experience.

PACIFICA
In the vibrant club scene of Zürich/Switzerland there is a musical duo called Pacifica (AKA Domenico Ferrari & Balint Dobozi) who have been producing quality music for a while now.
They’ve managed to invent their own unique trademark sound, a combination of live elements used
in a very funky and club­orientated way, that really shines through in their remix of Export Import

STEVE COBBY ­
Famous for his Fila Brazillia and Solid Doctor productions, Steve Cobby is just the man when it comes to producing classic mid­tempo electronic music. He always takes on these things with a strong musical approach, and his productions are able to tell a story within the music, always full of these twists and turns that give the music an airy and blissful feeling.

STEFAN OBERMAIER ­
A fellow Austrian and all round super talent Stefan Obermaier has turned Friday into a guaranteed club classic. Stefan has been producing incredible dance music for several years now and has developed a really unique way to express his musical language.

MEGABLAST ­
Of Makossa+Megablst fame, Sascha is another Austrian born producer, though now
based in Ibiza. He’s obviously been soaking up the southern sun and transferring that into his music
though as you’ll hear on his remix of Supersunday he hasn’t forgotten his groovin’ Austrian roots.

THOMAS BLONDET + SECOND SKY ­
Heading across the Atlantic to the US we have a sublime
remix of Wotan from Thomas Blondet in collaboration with Second Sky. It’s truly a celebratory remix,
it’s starts out more like a hymn before the dub beats kick in and lift it up even higher. If Shanti
Roots & Scheibosan soundtracked the setting sun, this is one for watching it rise again the next day.

STEREOTYP ­
Finally to close out the album we have a remix of Chinabar by Stefan Mörth aka
Stereotyp. Stefan has always been known for his energy fuelled productions, he has this instinct for
creating strong rhythms and always brings in his jazzy influences, an absolutely unique talent!

Listen to Tosca’s “Chocolate Elvis’ below. 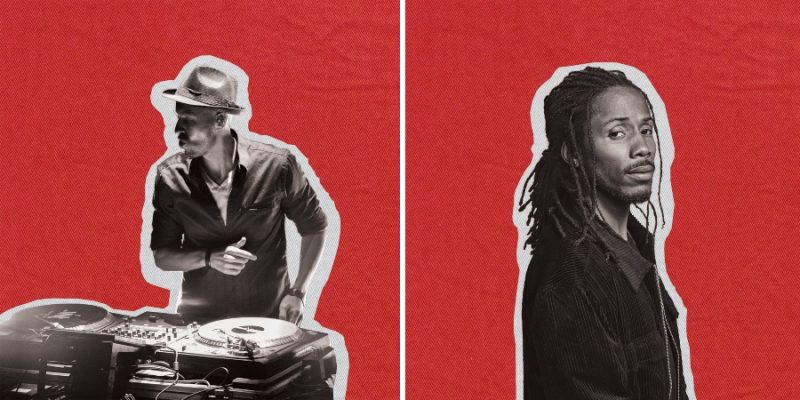